And the nominees are … We are proud to announce that KCTS 9/Crosscut has been nominated for 8 Northwest Regional Emmy® Awards, the Northwest Chapter of the National Academy of Television Arts and Sciences.

KCTS 9 is devoted to providing quality journalism and compelling stories to the public. We are honored to have our work in environmental, cultural and civic reporting recognized.

Good luck to all of our nominees!

Cascade Public Media Welcomes Linh Ho to the Governing Board

SEATTLE—Cascade Public Media, home of KCTS 9 and Crosscut, is pleased to announce Linh Ho as a new addition to the organization’s Board of Directors.

Linh, who has vast experience in marketing technology, was the co-founder and recently COO of conDati, a Sillicon-Valley tech start-up. In this role, she partnered with brands to bring AI-driven data analytics to drive business decisions forward in the digital commerce and marketing space. She serves as an advisor to the business today.

“We’re thrilled to have Linh join the Cascade Public Media board,” said President and CEO Robert I. Dunlop. “Her expertise in marketing and technology will be invaluable as our organization pursues investments in digital audience growth and membership conversion.”

“Cascade Public Media’s mission to inspire a smarter world is a very important mission, more than ever," said Linh Ho. "In the last year, we saw a sharp increase in demand for local media as well as exponential digital media consumption and digital transformation. I couldn’t be more excited to join Cascade Public Media’s Governing Board at this time.”

Prior to conDati, Linh was most recently Concur's (SAP) Global Marketing Chief of Staff, the marketing operation included 450+ marketers globally. Linh spent seven years at Concur of Bellevue, WA where she held various marketing leadership roles. Linh throughout her career has worked and lived in international markets including Australia, UK, Canada and across cities in the US (NYC, Detroit, Denver, now Seattle).

Linh serves on the board of Bellevue LifeSpring today where she is passionate about serving the children in need. She graduated from the University of Ottawa, Canada with International Business and Management Information Systems, and she lives in the Greater Seattle area with her husband and two young children.

An Announcement About Our BOD

SEATTLE—Today, Sara Nelson, co-owner of Fremont Brewery, announced her candidacy for one of the two at-large positions on the Seattle City Council. The Seattle city elections will take place in November 2021.

Sara served on Cascade Public Media’s Board of Directors from June 2018 – January 2021.  She resigned her position effective January 15, 2021.  CPM is grateful to Sara’s many contributions to our organization during her time on the board.

As a trusted source for local journalism, CPM maintains that no candidate or elected official may hold a position of influence in the governance of the organization.  We are committed to transparent and independent journalism.  Any coverage of Sara’s campaign will be conducted with the same standards as any other candidate and will include a disclosure of Sara’s connection to our organization.

PORTLAND, Ore., Jan. 13, 2021 /PRNewswire/ -- KCTS 9, a community-licensed PBS station based in Seattle, today announced its continued commitment to serving audiences with digital-first and streaming content with the launch of a new app on the Roku® platform.  The app creates an enhanced viewing experience, and coupled with KCTS 9 Passport, provides members with access to an extended catalogue of acclaimed PBS shows, including MASTERPIECE, NOVA, American Experience, and films from Ken Burns.

KCTS 9 worked with leading digital product agency, Phase2, to make this vision a reality. Among the features included with the application at launch is a dynamic recommendation engine that anticipates viewer interests and suggests relevant content.

"KCTS 9 is fortunate to have an incredible content library, especially with Passport, and an engaged, passionate community of members," said Kevin Colligan, Executive Director of Digital Product and Technology. "We think our new Roku app will be a game-changer — it's hands-down the best way to watch KCTS 9.  We're excited to get this in front of our members."

KCTS 9 enters a crowded streaming market, where new services are seemingly announced weekly.  However, the nonprofit public media organization believes it can thrive in the new digital age thanks to its high-quality programming, loyal members, and now a seamless delivery mechanism.

"The collaboration between the KCTS 9 team and Phase2 has produced a product that will both delight users and help drive donations to support the programming viewers love," said Frank Febbraro, CTO of Phase2. "This app provides a powerful platform for KCTS 9 to deliver a personalized experience to Passport members, and reach more viewers."

Febbraro continued, "Creating this Roku app empowers KCTS 9 to reach a new generation of audience as data suggests that by 2024, half of all U.S. households will have either cut the cord or never had traditional TV."

KCTS 9 serves audiences in Washington state and Canada, and the new app was also designed to personalize the viewing experience for each group, based on the users' identified location.

New specials and holiday favorites to watch throughout December

SEATTLE—As many are spending the holiday season at home this year, KCTS 9 presents a line-up of holiday programming sure to spice up any celebration, warm the winter nights and add some sweet streams to living rooms around the Northwest.

Among the new shows and classic favorites...

Call the Midwife Holiday Specials – (Available now) - Join the nurses of Nonnatus House as they experience the joy and chaos of the holiday season.  Holiday Specials from 2018 and 2019 streaming now. This year’s special will premiere on broadcast on Christmas day at 9pm and streaming on December 26.

All is Calm: The Christmas Truce of 1914 – (Beginning 12/22) - Missing the theater?  This production takes viewers to the Western Front, Christmas 1914. Out of the violence a silence, then a song. A German soldier steps into No Man’s Land singing “Stille Nacht.” Thus begins an extraordinary night of camaraderie, music and peace. A remarkable true story, told in the words and songs of the men who lived it.

Those looking for binge-worthy series and shows, can check out collections from Ken Burns and Masterpiece, explore topics in Science & Nature and Race in America, or just Chill with KCTS 9.

Streaming programming is available at KCTS9.org or with the new KCTS 9 Roku Channel, which features curated content, customized recommendations, and an easy-to-use interface.  Members who give $5 or more per month gain access to an even larger library of curated, quality content – while supporting local, nonprofit public media.

For more information about all of KCTS 9’s holiday programming and to start streaming, please visit https://www.kcts9.org/holidays.

Congratulations to Crosscut for receiving the 2020 LION Award for Best Coverage for Underserved Communities. The award goes to Crosscut reporter Manola Secaira and Crosscut photographer Dorothy Edwards for their project, Resetting the Table. The LION Awards celebrate the best of independent online media across the U.S. and Canada, from solopreneurs to large newsrooms. Read the full list of winners here.

Crosscut stories now available to newsrooms for free use

SEATTLE — Crosscut, the Pacific Northwest’s independent, nonprofit news site, today announced it is making a collection of archive and new articles and reporting available to news outlets for free republication.

“Communities across our region depend on trusted, in-depth reporting on critical issues, from equity to politics, climate to culture,” said Executive Editor Victor Hernandez. “Our staff of experienced journalists is dedicated to informing Washingtonians about the perspectives, politics and interests that shape the issues that affect their lives.”

A changing local news landscape, as well as economic stresses from the pandemic, have significantly impacted reporting resources for many regional media outlets. Sharing Crosscut journalism allows publications to add to their reporting capacity, Hernandez said.

All stories available for republication feature a “Republish” button. Additionally, all the republishable work is featured at the Crosscut Republish Collection, which is searchable by topic, geography, publication date and word count.

Dozens of stories are already available, including pieces such as:

Photos and videos accompanying republishable articles are also available for use with the original article.

For print publications, editors maintain the option of editing stories for tense and length, and are free to create new headlines. Bylines and a link to Crosscut are required for digital republishing. The full terms of publication are viewable by clicking “Republish” on any story.

The Republish Collection is part of Crosscut’s commitment to supporting Washington journalism. In the past year-and-a-half, it has grown its newsroom footprint by more than 60 percent. Additionally it has teamed up with pollster Stuart Elway for the Crosscut/Elway poll, making new public opinion data available quarterly to newsrooms across the state.

We are proud to announce that KCTS 9 received two honors at the Northwest Regional Emmy® Awards, the Northwest Chapter of the National Academy of Television Arts and Sciences. KCTS 9 is devoted to providing quality journalism and compelling stories to the public. We are honored to have our work recognized.

Congratulations to our winners:

The Circles honor media professionals who have solid records of making lasting contributions to the industry and their community, the Gold for a minimum of 50 years and the Silver for a minimum of 25. Service can be in a performing, journalistic, creative, technical, educational or administrative role within the industry. We are excited to announce that CPM’s very own Resti Bagcal has been inducted onto the NATAS NW Silver Circle! Congratulations, Resti!

Congratulations to Crosscut for Winning 16 NW Excellence in Journalism Awards

Crosscut won 16 awards, including nine first place honors at the SPJ NW excellence in journalism awards last night. (These awards were handed out virtually.)  Read our list of winners below or check out the full list of winners here.

“Facing cuts, Seattle school librarians fight to save their budget”

“Challenging the ‘new normal’ in the wildfire-ravaged Methow Valley”

“Delivering in the Snow”

“‘Heartbreaking’: Seattle’s homeless are getting sicker and shelters are struggling to keep up”

“Scene of a Shooting”

Cascade Public Media welcomes new directors to the governing board

Mesrobian, who has worked in streaming media for two decades, is now a director of engineering at Amazon Web Services. Parker, co-author of the forthcoming The Great White Hope: Donald Trump, Race, and the Crisis of American Democracy, is a political science professor at the University of Washington.

“We’re thrilled to have Holly and Christopher join the Cascade Public Media board,” said President and CEO Robert I. Dunlop. “Not only is the world of media changing rapidly—the world itself is changing at a breakneck pace. Their insights will be extremely valuable as we continue to bring the people of our region news and programming that informs and inspires.”

Holly Mesrobian earned master’s degrees in computer science and software engineering from the University of Washington and Seattle University, respectively. She’s held leadership roles at Real Networks and Cozi, and led technology teams based in the United Kingdom for Amazon’s video service before returning to Seattle. Over the past 25 years, she’s run marathons across the United States and Europe. Holly, her husband and their four children live in Seattle.

A Navy veteran, Dr. Christopher Sebastian Parker studied political science at the University of Chicago. He’s taught at UW since 2006. Parker is also the author of the award-winning books Change They Can’t Believe In: The Tea Party and Reactionary Politics in Contemporary America (2013) and Fighting for Democracy: Black Veterans and the Struggle Against White Supremacy in the Postwar South (2009). He lives in Seattle, where he enjoys traveling, sports and time with family, friends and his dog, Brooklyn.

And the nominees are … We are proud to announce that KCTS 9 has been nominated for 12 Northwest Regional Emmy® Awards, the Northwest Chapter of the National Academy of Television Arts and Sciences.

KCTS 9 is devoted to providing quality journalism and compelling stories to the public. We are honored to have our work in environmental, cultural and civic reporting recognized.

A love letter to dance

Watch A love letter to dance on KCTS9.org.

Watch 370 dance videos combined into one striking solo on KCTS9.org. 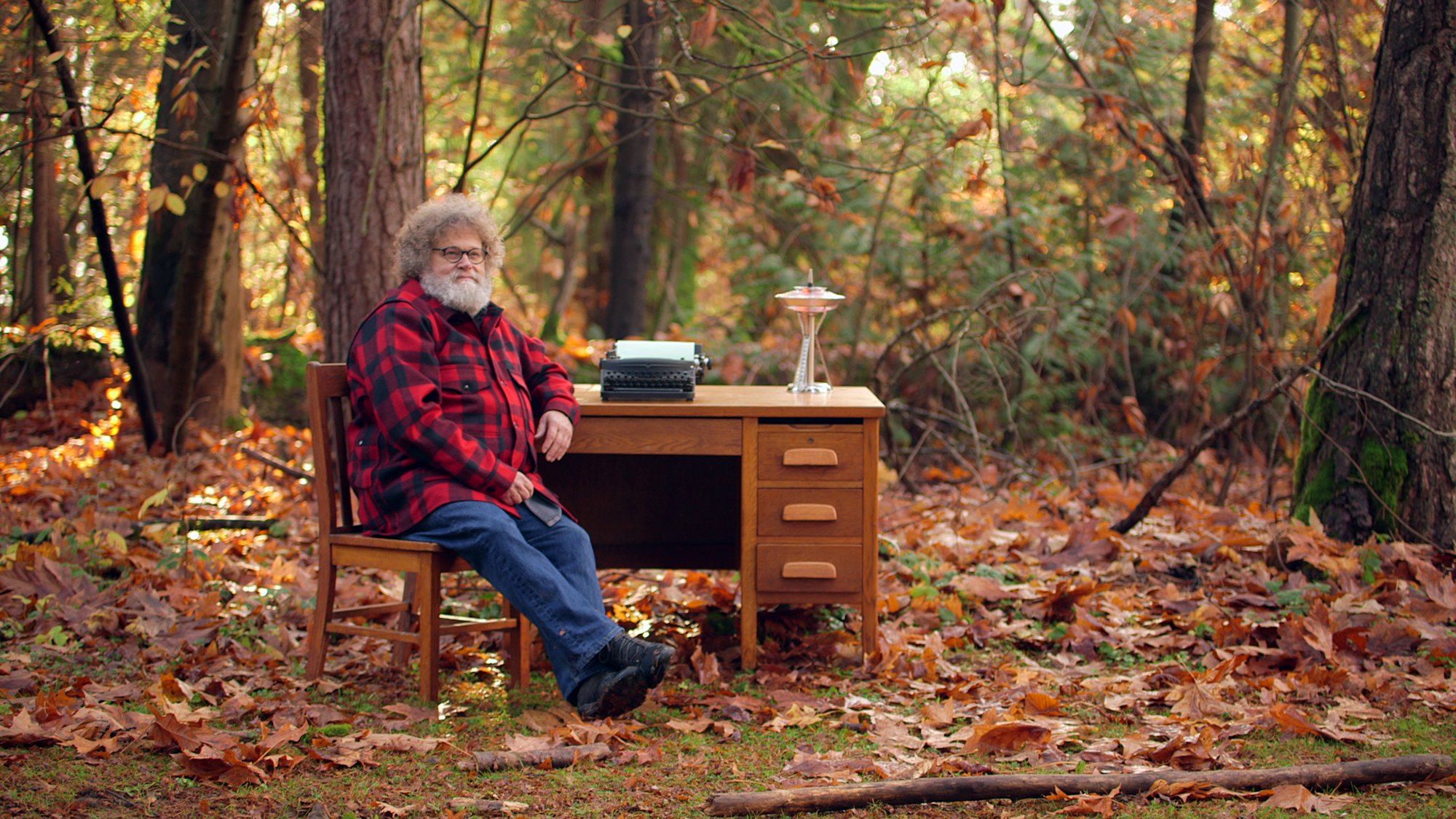 Watch The Rising on KCTS9.org. 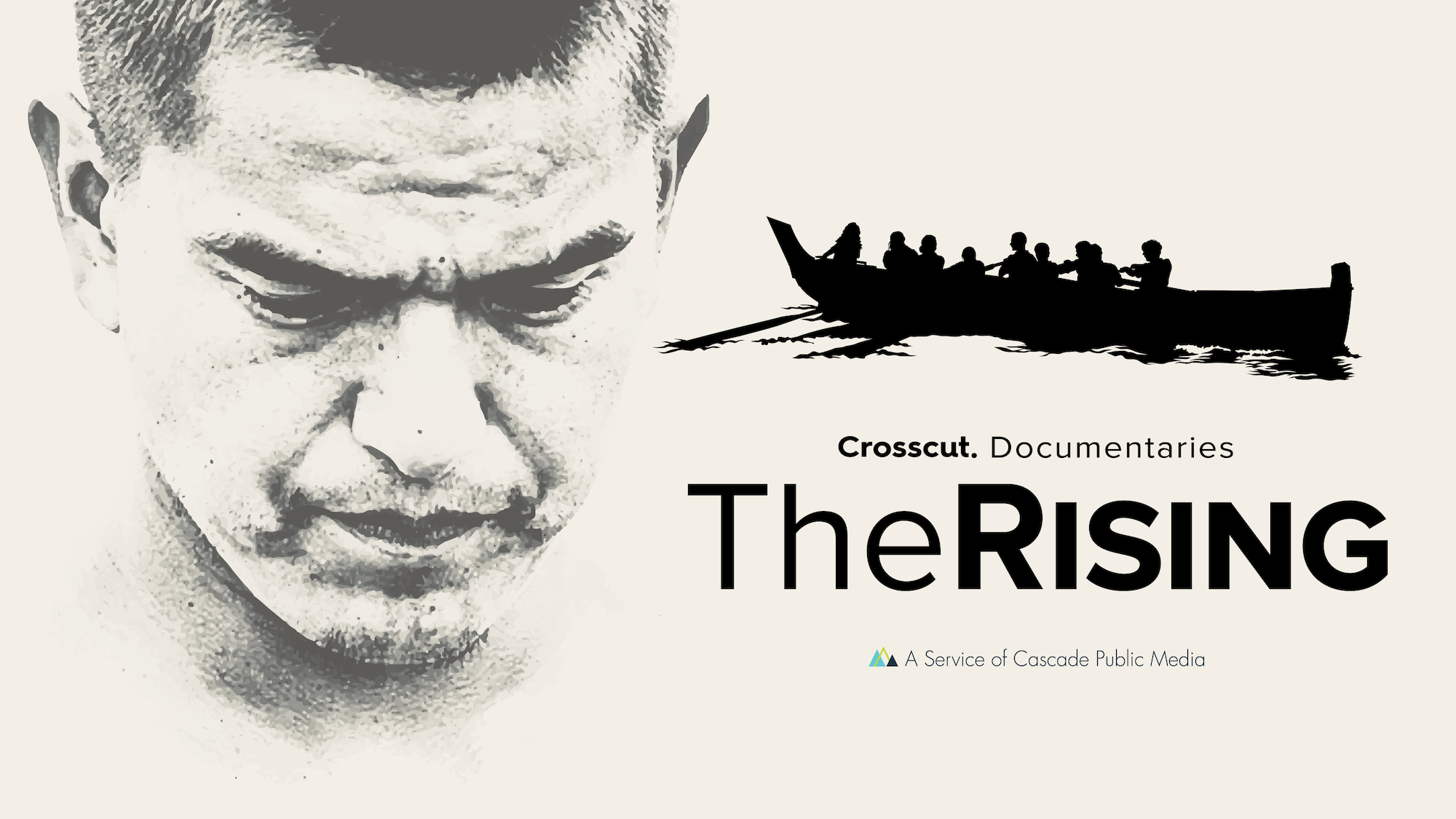 Won't You Be My Neighbor Campaign