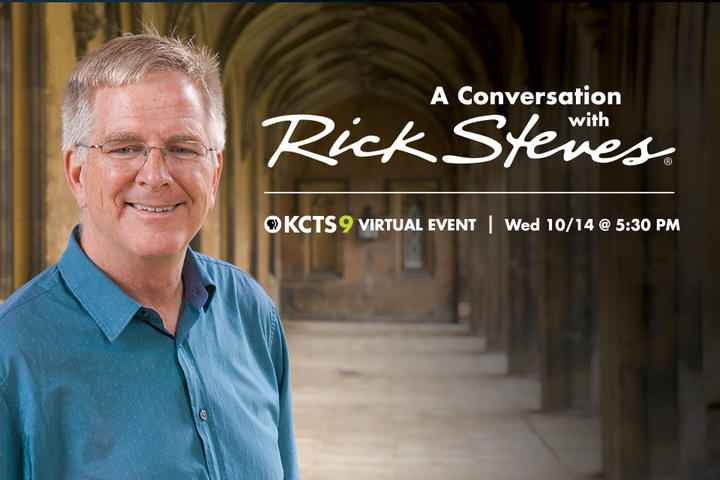 Join KCTS 9 and Rick Steves for a conversation about everything from life at home for the intrepid traveler to behind the scenes details and the future of travel. Moderated by Enrique Cerna.

Have a question for Rick Steves? Enter your question during checkout and we may ask it during the event!

Enrique Cerna (moderator) has anchored current affairs programs, moderated statewide political debates, produced and reported stories for national PBS programs as well as local documentaries on social and juvenile justice, civil rights issues, the environment and Latinos in Washington State. Enrique has earned nine Northwest region Emmy awards and numerous other honors. In June, 2013, he was inducted into the National Academy of Television Arts and Sciences Northwest Chapter’s Silver Circle for his work as a television professional.