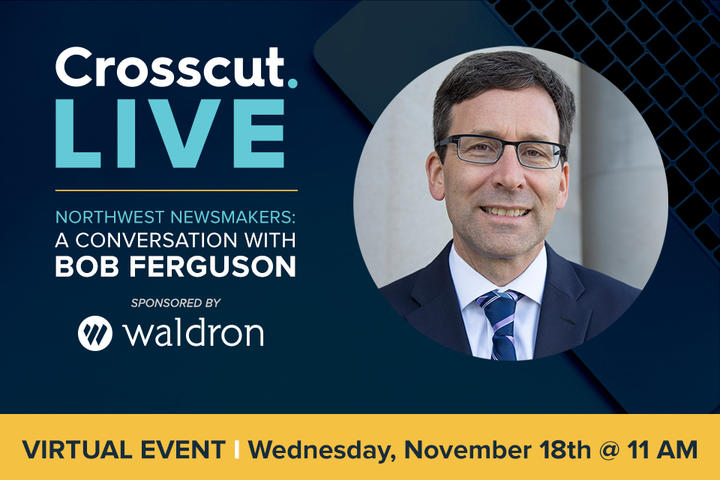 A tight, contested Presidential election is predicted by most experts. At the same time, President Trump’s Supreme Court nomination has many wondering what the implications may be on the Affordable Care Act, Roe v. Wade and more. Washington State Attorney General Bob Ferguson will join Crosscut to help explain the legal maneuvering from both sides of the aisles and help us understand what these outcomes could mean for Washingtonians.

Mónica Guzmán (host) is the host of Northwest Newsmakers series.  She is the co-founder of The Evergrey, is a recent fellow at the Henry M. Jackson Foundation and Harvard's Nieman Foundation for Journalism, and is a former columnist at The Seattle Times and GeekWire. She is currently an advisor to Braver Angels and the author of an upcoming guide to staying curious in divided times. She lives in Seattle with her husband, Jason, and two kids.

Attorney General Bob Ferguson is Washington State’s 18th Attorney General. As the state’s chief legal officer, Bob is committed to protecting the people of Washington against powerful interests that don’t play by the rules. He is a fourth-generation Washingtonian, a graduate of the University of Washington and New York University law school. Bob and his wife, Colleen, are the proud parents of 12-year-old twins, Jack and Katie.