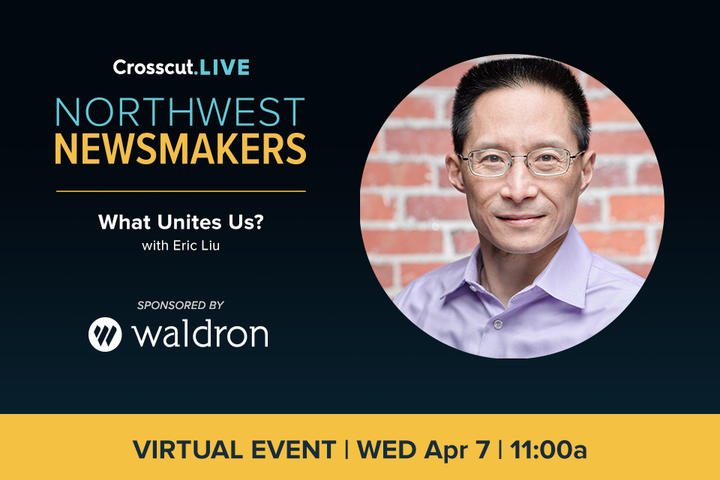 After more than a year of life-altering events and collective traumas, compounded by deep partisan divides, many of us aren’t sure who to trust or how to come together, if we wanted to. Unity feels like a fantasy. Our guest, Eric Liu, is co-founder and CEO of Citizen University and directs the Aspen Institute's Citizenship & American Identity Program. For years, he’s led with a zen-like optimism, advocating for civic engagement as a way to find common cause. In troubled times like these, does he still see a way back together?

When you RSVP, you can also submit a question for Eric Liu. We will use those questions to shape the conversation.

Eric Liu is the co-founder and CEO of Citizen University, which works to build a culture of powerful and responsible citizenship in the United States. He also directs the Aspen Institute’s Citizenship & American Identity Program. He is the author of several acclaimed books, including The Accidental Asian: Notes of a Native Speaker;​ ​The Gardens of Democracy​ (co-authored with Nick Hanauer); ​You’re More Powerful Than You Think: A Citizen’s Guide to Making Change Happen;​ and his most recent, ​Become America: Civic Sermons on Love, Responsibility, and Democracy, ​ a New York Times New & Notable Book​.​ He has been selected as an Ashoka Fellow and a member of the American Academy of Arts and Sciences. He is featured on the PBS documentary ​American Creed ​ and is a frequent contributor to​ ​TheAtlantic.com​ . Liu served as a White House speechwriter for President Bill Clinton and later as the President's deputy domestic policy adviser. He was later appointed by President Obama to serve on the board of the Corporation for National and Community Service. He and his family live in Seattle.

Monica Guzman is the host of Crosscut's' Northwest Newsmakers series. She is the co-founder of The Evergrey, is a recent fellow at the Henry M. Jackson Foundation and Harvard's Nieman Foundation for Journalism and is a former columnist at The Seattle Times and GeekWire. She is currently an advisor to Braver Angels and the author of an upcoming guide to staying curious in divided times. She lives in Seattle with her husband, Jason, and two kids.